Regional Seminar on the fight against terrorism

From 24 to 26 June 2013, International seminar on the fight against terrorism took place in Belgrade, organized by Paxton Equity in connection with the Embassy of France in Serbia. The seminar was centered on a global approach to terrorism from the means of financing of terrorism to the operations orchestrated by special units. The seminar gathered the heads of Special Forces units of the Balkan countries in particular: PTJ, SAJ (Serbia), as well as special units of Macedonia, Bosnia, Croatia, Montenegro and Albania. The main speakers during the seminar were French experts in the fight against terrorism and money laundering.
Among the participants were present: Mr. Olivier RICHARDOT, Divisional Commissioner RAID Head Deputy (elite unit of the French National Police), Mr. Jean-Pierre DESPRES, Divisional Commissioner, Interior Security attaché at the Embassy of France in Serbia, Mr. François-Xavier DENIAU, Ambassador of France in Serbia, Mr. Ivica DACIC, Prime Minister and Minister of the Interior of Serbia, Mr. Milorad VELJOVIC, director of the Serbian Police, Mr. Miodrag MILJKOVIC, State Secretary of the Serbian Ministry of the Interior and Mr. Eric BLANCHETETE, President of Paxton Equity.
The Serbian Prime Minister, Mr. Ivica DACIC pointed out in his opening speech, the excellent cooperation between the Serbian Ministry of the Interior and the French police and the French elite units. 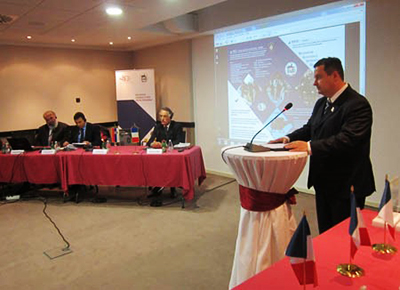 During this seminar from June 24 to 26, the participants had the opportunity to visit the SAJ and UTP units in order to discover the working methods of these Serbian special units. The seminar made possible the exchange of good practices in the fight against terrorism.

Paxton Equity, a company that works for nearly three years to strengthen economic relations between France and Serbia, organized the seminar in conjunction with the Embassy of France in Serbia in order to contribute to the influence of France in Serbia but also to strengthen Franco-Serbian relations and to point out the importance of cooperation between the countries in the Balkans. 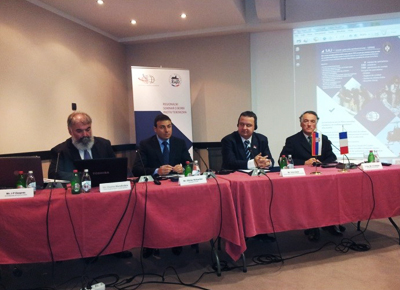